The Bow is a mid-ranged Gunner weapon that exploits Bow Coatings to imbue its arrows with specific effects. Its mobility and fluidity enables effective respositioning to keep up an onslaught of relentless attacks.

The Bow can charge arrows to do more Physical and Elemental/Status damage. Charging arrows will slowly drain stamina. Charging an arrow does not slow movement. Instead, movement only slows when the player aims their shot (L2). 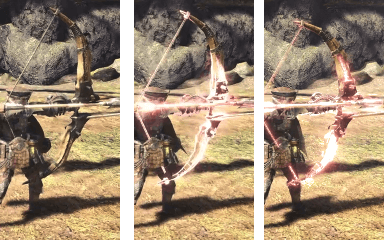 After firing a Lv 1/2 Charged shot, the player can press R2 immediately to start a Charged Shot at Lv2/3 respectively. After a Quick Shot (

) combo, the player can gain a Lv3 Charged Shot if they press R2 right after the Power Shot.

After firing, the player can press a direction +

Critical Distance (Critical Range) refers to the distance at which fired shots will deal the most amount of damage. Arrows at Critical Distance do more Physical damage, and if applicable, more Elemental/Status damage. 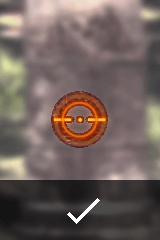 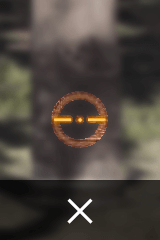 Arrows can be imbued with additional effects via Bow Coatings. The player can only carry a fixed amount of Bow Coating, but additional coatings can be crafted if the player has the required ingredients in their inventory.

* If the Bow has an innate elemental attribute, these coatings will override it temporarily.

) is a powerful single-shot attack that pierces its target.